Happy Father’s Day! I’m going to celebrate by writing a post about some of the dads, both great and terrible, in the A Song of Ice and Fire series by George RR Martin. This series inspired the show Game of Thrones, so I will be using some material from the show as well as the books. I’ll also be assigning them mugs, because that’s what you do on Father’s Day. Right?

Oh, Ned. He had a whole pile of kids, including one who (depending on your fan theories) wasn’t his own, or at the bare minimum wasn’t his wife’s. He instilled a serious sense of honor on his kids: “he who passes the sentence should swing the sword,” as well as some old-time religion. A true family man, Ned believed that “when the cold wind blows, the lone wolf dies, but the pack survives” and treated his whole pack well. You deserve this mug, Ned.

Mace didn’t do an excellent job, but he didn’t do a terrible one either. He managed to get Willas, his heir, maimed for life in a tournament, but Willas still grew into a smart and caring adult. Mace’s other children include Garlan, Margarey, and Loras. Garlan is a well-known knight who earns many titles and honors,  and Loras joins the Kingsguard as an accomplished knight of just 17. And sure, Margarey ends up married to a few different kings, one of whom was in love with Loras, but isn’t it good for a dad to support his kid’s ambitions? All in all, Mace runs a decent home, makes enough money that the crown itself is indebted to him, and sets up all his kids with titles or jobs that will provide for them for however long or short they will live. Not too bad, Mace. Not too bad. 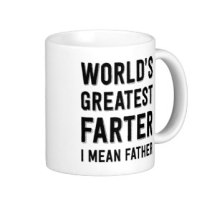 Father’s Day gift: (From Tyrion) “World’s Greatest Farter- I mean Father” mug. Because it would infuriate him.

Look, Tywin did something wrong. He managed to produce a handsome knight and a beautiful lady… but then completely ignore the fact that they fell in love with each other. Tywin also managed to ignore the fact that Cersei would do anything to earn his respect, and dismiss her as simply arranged-marriage fodder. Don’t even get me started on how badly he treated Tyrion, continually giving him (literal) shitty jobs, and messing with his own son’s lovers. This guy deserves a terrible mug he’s never gonna use, and it would be fun to see his angry (yet probably controlled because Tyrion would make sure to give the gift with plenty of witnesses) reaction to it. 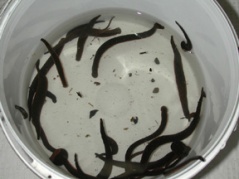 Father’s Day gift: a mug full of leeches. Which he might actually appreciate.

Okay, so the first thing Roose did wrong was his method of becoming a dad. He raped some other guy’s wife because she was pretty, and Ramsay was the result. When baby-mama complained that the kid was rowdy, Roose sent over an extremely smelly servant to help out. Thanks, pops. Roose made a few other attempts at becoming a father, he’s been married three times by this point, but the offspring never make it to adulthood. Could be all the leeching… or could be the murderous bastard son, donno! Roose has some decent leadership and battlefield skills, but he sure could have used a parenting class.

2 thoughts on “A Song of Sons and Fathers”