While I was reading a spoiler laden discussion thread about the ending of The Raven Cycle by Maggie Stiefvater the other day I found myself wanting to respond to a complaint about the direction of the story by saying, “OK, but I am a writer and I know when I write sometimes I do the same thing.” This is a comment I’ve made on many discussion threads in the past, and it got me thinking about myself as a reader and how that’s shaped by the fact that I am a writer.

When I call myself a writer, I’d like to clarify that I am not referring to a profession but rather to an identity. Since I was a kid I’ve been obsessively writing stories, to the extent that I now have nine novels completed (and two more getting their finishing touches) and hundreds of projects begun and in various stages of writing. I will maybe one day work on publishing or self-publishing my writing, but I don’t write because I want to publish. I write because I can’t help it. Writing is fundamental to who I am and is the one thing that has remained a constant for me for as long as I can remember.

So when I talk about how being a writer has shaped me as a reader, I’m not talking about knowledge of editing or the publishing process, but rather knowledge about how stories form and move from mind to page and how they evolve as a project progresses. I may not know much, but I certainly know how all that works.

Which is why, when someone makes a comment that a book disappointed them because the author seems to have forgotten about the original main characters in favor of other characters who were once side characters, my initial response is to say, “That’s how writing works, though.” Not always, of course. Sometimes your original characters really drive the story and they are the focus and they stay that way.

But often, I have discovered, characters that you initially imagined on the periphery of a story really demand to be explored and take over. And I know, as someone who has written many stories, that when you write you can’t finish unless you have that feeling that a story just really needs to be told. So when Ronan ends up with more screen time than Gansey in the final installment of The Raven Cycle, I don’t question it. I just assume that Ronan spoke to Stiefvater and had more story to tell.

I had a similar reaction to the treatment of Jacob in the Twilight series way back when. While I am not the world’s biggest fan of the series and have many complaints, I will defend Jacob until my dying day because too many people complain that he was an extraneous character who Meyer inserted into the story just to create drama. And while I don’t know Meyer’s mind, and I don’t know why he was initially introduced and if it was 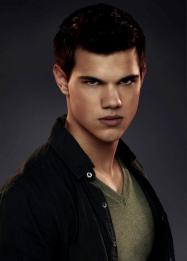 always intended to be a love triangle, I do believe he stuck around as a character because Meyer herself fell in love with him as a character and wanted to find a way to give him a happy ending. I’ve done this, so I know the feeling. In fact I’m currently writing a story that was not supposed to have a love conflict but now does because one of my characters ran away with my feelings.

So I think, in a lot of ways, being a writer gives me a certain empathy for the people who write the stories I read. I know their struggles, I know what the journey looks like, and I understand why sometimes things just have to happen certain ways, even if maybe I’d personally have preferred them to go differently.

But it can also make me a harsher critic, I think. I often consider myself to be an unforgiving reader and have torn books apart that did not satisfy me or that I found lacking. A big part of this is that if I read something and feel like I could have written it better, I have little respect for it. I don’t think of this as arrogance, for the most part. The opposite, actually. As an unpublished writer, if I look at a published thing that was written and professionally edited and I can identify all the easy fixes that would make it flow better or read more emotionally, I have no patience for it. Basically my philosophy is: if you can’t do better than I could, you aren’t worth my time and money.

The flip side of that, of course, is when I come across something that surprises and delights and moves me, something where I say, “Oh goodness I could never be this brilliant,” I am inclined to worship it. Since I don’t have the perspective of, “Well this person actually wrote a novel so I have to respect them,” when a piece of writing really impresses me I want to sing its praises loud and clear to every corner of the earth. Because I know that writing is hard, but I also know that finishing a novel is something that is certainly do-able, so the writers I celebrate are the ones who I believe do it well, no matter what that looks like.

Honestly, reading as a writer is what keeps me inspired to keep writing. Experiencing the creative moments of fellow writers is what keeps me going and what allows me to continue to develop my own writing. Maybe that’s the biggest thing, really. Maybe the most important thing about reading from the perspective of a writer is that I get to have that extra layer of the reading experience, that I get to bring elements of what I consume into what I create.

What about you, fellow writers? Do you feel that being a writer shapes your reading experience? What about the non-writers among us? Do you think you experience books differently because you don’t have the writer’s perspective?

One thought on “Reading as a Writer”